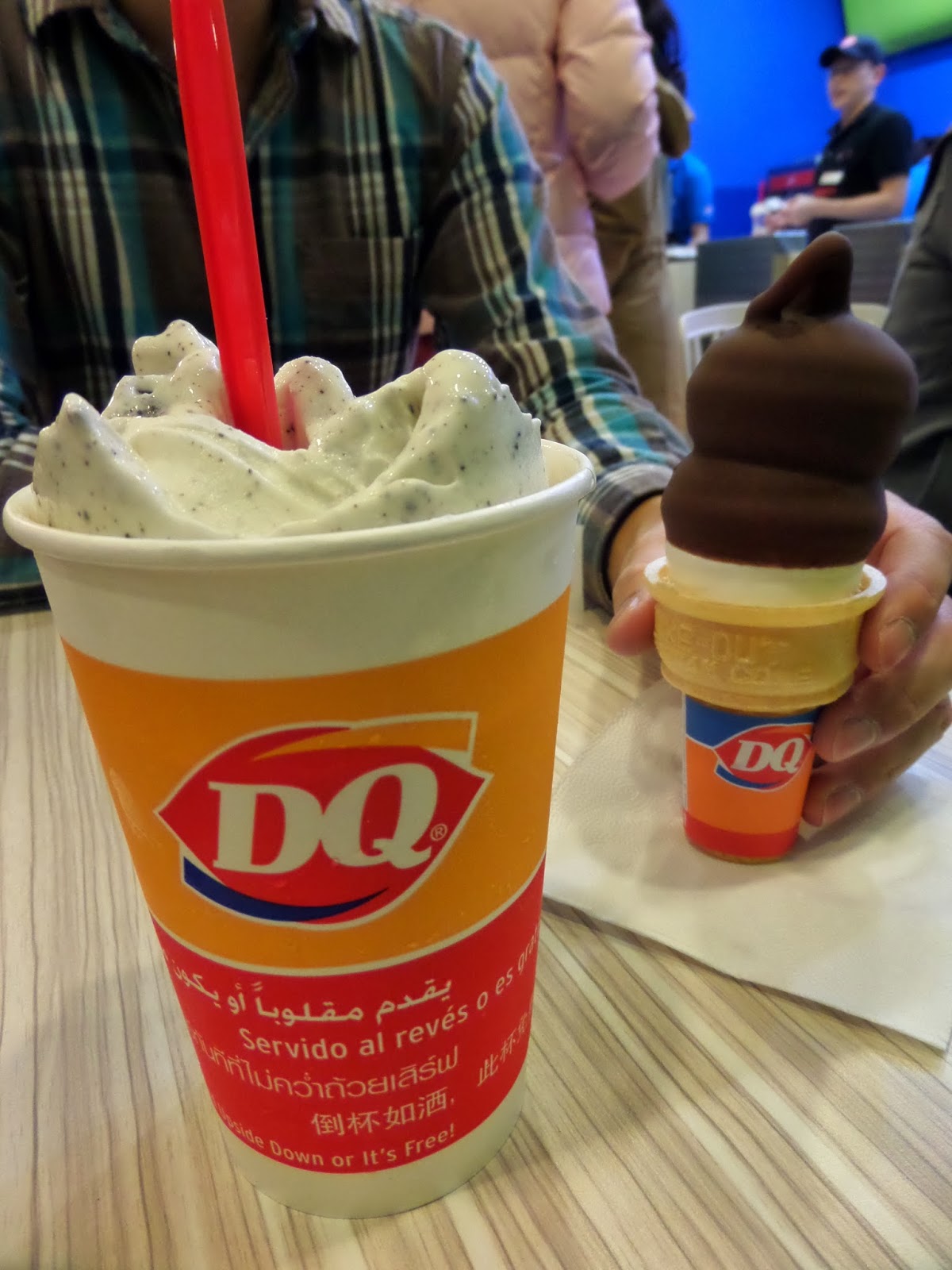 Year by year as I continue to live in Taipei, I see it changing from a traditional Chinese culture to a western culture. As the more western pockets that i see pop up the harder it is for me to leave. Everyone living abroad will eventually start to miss the comforts of home. So, Taipei, in another effort to keep me in Asia has imported the Dairy Queen brand. And not just the products, but it's very own store. Right in my own backyard in Tianmu! Located a stone's throw north of Tianmu square on zhongshan north road section 7. The Dairy Queen wasn't even this conveniently close when I lived in California. Walking in, they have the same decor and the same menu. Although it is a trimmed menu. They are unfortunately missing the hot foods and the eclectic toppings bar. But they do have the two main Dairy Queen staples, which are the chocolate dipped soft serve and the Blizzards. The Blizzards have over 15 taste selections. In addition, they have the DQ smoothies, DQ ice cream cakes, Dilly bars and Moolattes. I love taipei! Bring more. Bring In-and-Out, Bring Five Guys Burgers, Bring Target! Why move home, home will come to me. Time for a Blizzard, see you next post. 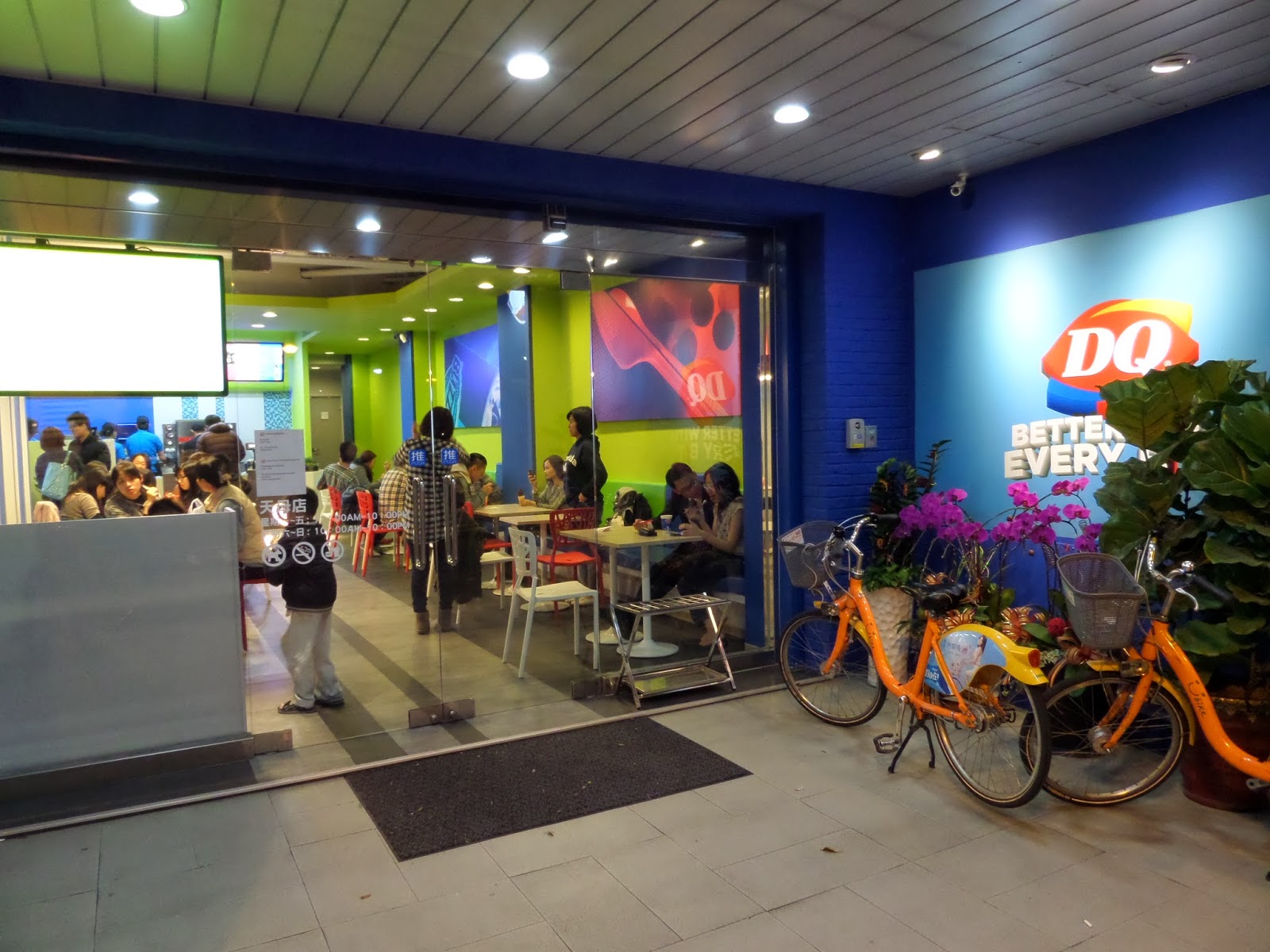