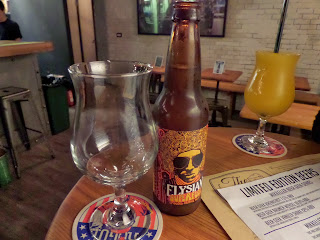 Finally, the holy grail of beerdom has arrived in Taipei! The Beer & Cheese Social! Taiwan is full of bars and beer pubs that only carry belgian beer. Where belgian beer is great, it need more variety from other countries that can make great beer. What about America, Germany and the rest of Europe? Thanks to Beer & Cheese Social, they have imported beer from the likes of Anchor Steam, Elysian, Rogue, Mikkeller, Brewdog and Maisels Weisse. See the photo of the beer list for more. Outside of straight beer, they also delve into hard ciders, beer cocktails, frozen cocktails, some spirits, shots and even some house wine (red and white). And what really put a smile on my face...growlers! They'll be offering growlers soon. $220 a pint, I may never need to drink Taiwan beer for a cheap throw back again. The B&C Social is located conveniently on the east side of Daan park. So take the MRT and exit from Daan Park MRT station and walk. You know your at the right place, when you walk into a small bar with humongous letters spelling out BEER above the bar. The decor has a very industrial bolts and rivets look. The chairs have a rusty beat-up look with a nice patina growing on it. The walls, ceilings and crossbeams were painted in chalkboard black. Obviously for a reason. All around the place, scribbled in chalk were the daily specials, flights and special deals. 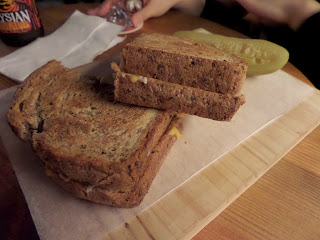 There was probably more written, but I didn't get a chance to read everything. There's a loft above for overflow on the weekends and reservations for parties. Getting on to the food, I ordered a jalapeño grilled cheese sandwich and a spicy beer pretzel. As the menu puts it, a classic American Tillimook extra sharp cheddar grilled cheese sandwich between two pieces of fresh baked rustic herb bread smothered with Jalapeños and a dill pickle on the side. The pretzel was good, but what makes it special is the jalapeño cheese dip that it comes with. It's the same melted Tillimook cheese and jalapeño spread used in the sandwich. It worked well with the baked rosemary pretzel. They also offer daily special and beer flight paired with cheese. So they DO have cheese. That's one this I was disappointed with. I was hoping for cheese as an independent selection on the menu. I'm as much of a fan of cheese as I am beer. 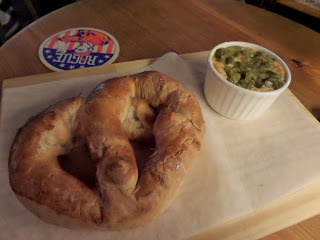 I got to also meet the owner (or partner) and beer crafter, Shaun. This tall, bearded and heavy sat man in appearance, is a Canadian ex-pat that moved here 9 years ago. He has a degree in brewing and distilling and has been in the industry for years. He first started out in Taichung and other smaller cities near Taipei. But he feels Taipei has a better, livelier environment for his beer social. He plans for B&C social to brew their own house branded beer. However there are some difficulties with local laws. Shaun informed me that Taiwan beer has a monopoly in Taipei. No other company is allowed to brew beer within the Taipei city limits. He's currently looking for a place outside of Taipei to brew his own house beer, which I eagerly look forward to. So until he gets that sorted out, we'll stick to the awesome american and european selections he already has at the social. Don't forget to show the waitress that you checked-in on Facebook for a free shot glass of a frozen margharita. 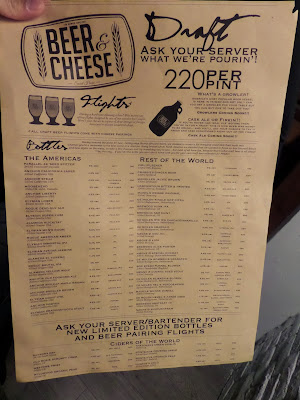 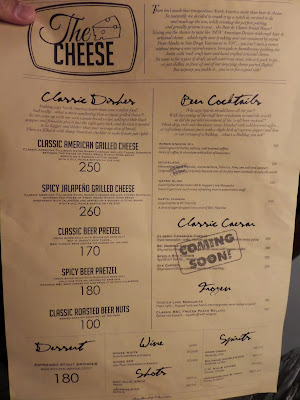 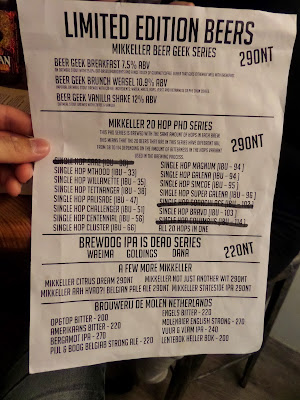