Topping off the night with a Swensen's milkshake 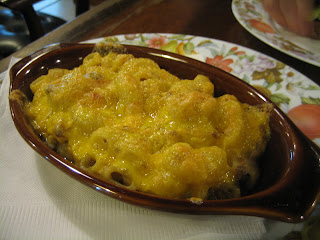 Tonight is a revisit night. A revisit back to my favorite local deli for the freshest cut of meat between two soft slices in Tianmu (天母). Yes, It's Willie's Deli, formerly called 6&6 deli. I love this place. The interior reminds me of those old southwest general purpose stores you find scattered all over the Sierra Nevada valley. Back before super convenience stores and Costcos. The time of horse drawn carriages and cowboy hats. HaHa, I'm not that old. But thats just what it reminds me of. If you missed my old entry about this place, then let me do a brief reintroduction. Tianmu is Taipei's foreigner central hub. All the Americans, Europeans and Japanese tend to congregate here and live here. Therefore little shops like Willie's Deli is in huge demand. Willie's Deli is primarily a importer of rare American/European goods as well as a meats/cheese deli. 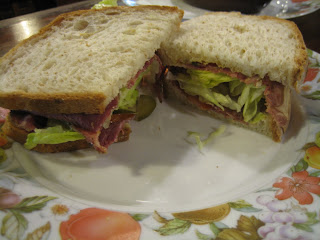 Supplementing the deli, are a few tables to sit down and enjoy some of the sandwiches freshly sliced from the deli counter (ranging from $180-$300 NT). But as a fine foods importer, the place is also packed ceiling high with rare imported good that you can't find anywhere else in Taipei. In addition, this foods market expands to the basement where some great imported pastas, beers and cereals are. Furthermore, there's a small modern and very professional kitchen tucked into the corner for the monthly culinary classes they hold. So tonight I enjoyed a great little half pastrami and half corned beef sandwich on a soft whole wheat bread. By the way, you can't order it half and half. I traded with my culinary partner panda girl. In addition, we tried some of their awesome baked mac 'n cheese. I totally forgot about mac 'n cheese! Oh how my taste buds thanked me for brings back some good old traditional flavors. I...I mean, we...promptly inhaled that. As a result, I decided to make a stop by Swensen's Grill and Ice Cream on the way home. This is another great american restaurant. 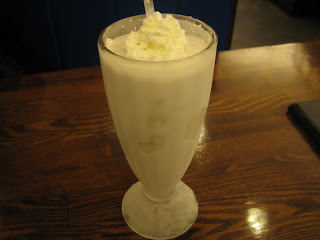 It resembles a TGI Friday's or a Bennigan's, for those that know what I'm talking about. I just wanted an ice cream float ($219 NT). Another down home delicacy that I have forgotten about. They have about 12 flavors to choose from and it's served in a tall, classic, frosty mug. Delicious and very satisfying down to the last slurp! I didn't get a chance to try out their dishes, but it's definitely on my list of places I have to visit. Great american food and dessert and a great way to end the day.