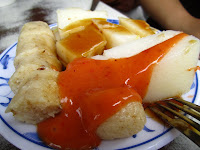 Well, I'm writing this a little bit late. So most of the things I don't remember, but at least I have the photos the show for it. Perhaps they'll jog my memory. First things first, we headed out to a traditional market. I'm sure sure what the name is, but I remember Grace saying it was one of Taichung's most famous. Oh wait, maybe it was 向上市場. Anyways, we headed in for a bit of a late breakfast. So we just had a plate o'carbs. It was delicious especially with the orangey sauce you see on it. It was semi-spicey but I like spicy. It's a good thing that we shared that plate, because i didn't want the responsibility of finishing it all my self. 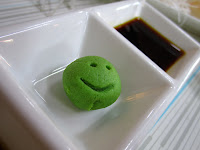 After that, we heading into the market to a famous sushi place. Yes, normally I wouldn't trust a chinese owned Sushi restaurant in a traditional (and considered dirty) day market, but Grace said it was supposed to be really really good. Despite my preconception, it turned out to be excellent. The service was very kind and prompt. The sushi is pretty cheap. $100NT for four very thick slices of sashimi. It was just a quick snack, but wish we could have stayed longer and just satisfy my gluttonous desires! haha! Say HI to the smiling wasabi. 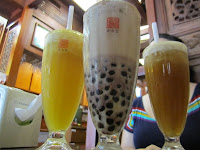 After sashimi, we headed to the birthplace of pearl milk tea. Not that fancy of a place, but the decor reminds you of the traditional days. The pearl milk tea tastes very different than what you'd find at a local store. It has more of a fresh ground texture in the milk. They said they add red bean with is hand ground into a powder and mixed into the milk. It makes the ones I get at a local store taste more sweet and less-organic by comparison. In the early evening, we headed out to the famous 逢甲夜市 (Feng Chia night market). 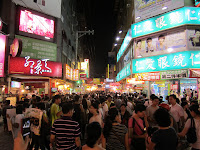 Grace introduced us to a famous fried chicken stand. We get this in Taipei too, but this one was different. It's apparently unique to the Taichung area because it's crispier and a little sweeter because of the glaze it has on it. It's awesome! If your ever in Taichung, I'd suggest getting this at the night market. It's far superior to the one's i've found in other cities or night markets. There's only one specific stand that's the best, but since I can't describe it well enough to direct anyone, any of the stands at this night market will have the same flavor. So just pick a stand and enjoy. It's called 碳烤雞排. 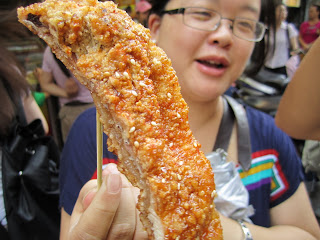 Shredded duck meat sandwich! A little dry and it could use a tasty sauce along with it. It's not like having peking duck in a quality restaurant, but still something I haven't seen at a night market before. Not bad over all! Cheap, so if your there, give it a try. 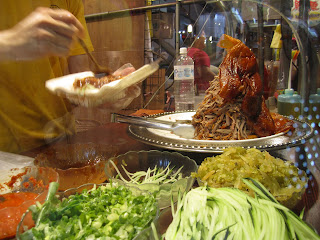 small sausage wrapped in a big sausage (大腸包小腸). The usual. you can get this in almost any night market all over Taiwan. But it's one of my favorite "go to" eats at the markets. 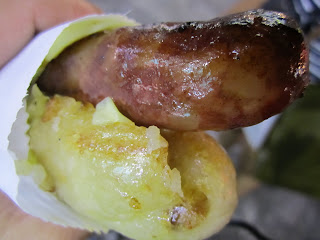 Cheese Potato! Again, I think you can pretty much get this at any of the night markets across Taiwan. But I never had the chance to try it out. Now that I have, it's pretty good! Can't argue with the great combination of warm gooey cheese and bacon bits with hot potato. 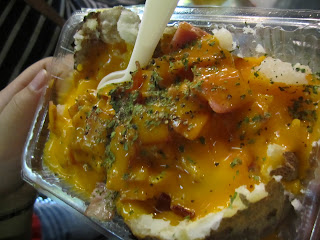 This! Awesome fried squid filled with flavorful rice and your choice of sauce. I chose honey mustard. I'm pretty sure you can get this in Taipei too, as I think i've seen pictures of this before, but I'm not sure. Anyways, Please try this if your in Taiwan and see this at a night market. It's soo delicious! It's ridiculously awesome and I want another one now! 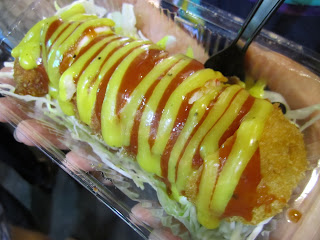 Thai satay beef, chicken and lamb. Some night markets have this, some don't. It compares to the lamb shish kabobs at the 樂華 night market in Taipei. 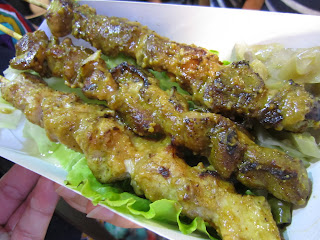 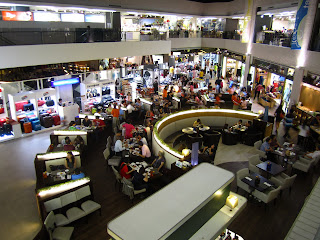 Oddly colorful Dim Sum cart. Almost like they're been painted or nuked. haha! 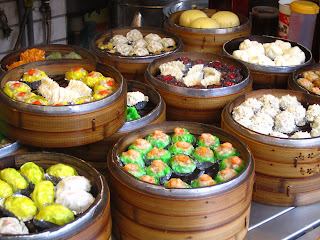 Look at the fat stripes on that salmon! 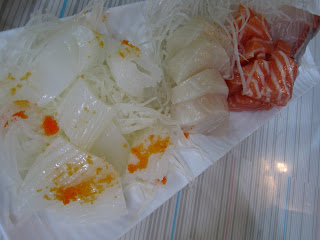 More cute signs from Taiwan. Watch out, don't pinch your fingers! it says. 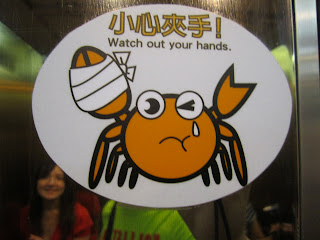