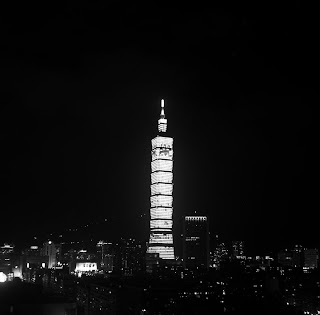 I spent new years eve with Yoh-Yi's family. They have a great view of the 101 and the Flower Expo fireworks from the rooftop of their building. Today I'm just going to make it simple and short. The fireworks were amazing! Two big shows next to each other and the beginning sequence was coordinated with several buildings all setting off in a big bang. It seemed like WW2 and the city was being bombed. I couldn't take that great of a picture of the 101 fireworks as there was too much smoke. But I did capture the 101 building at midnight with the '53 Rollei III. Displayed in all it's glory for the 100th anniversary of Taiwan and 2011 New Year! The walk back home was super crowded even at 2 AM in the morning. It took approximately 1 hour to walk from the top of the stairs of the subway to the gate of the train. distance..100 yards. Soo crazy! I wasn't even at the New Year's party down at Taipei City Hall. I heard it was much worse there! I haven't yet experienced a new year in New York city, but the celebrations must be similar in the madness! Happy New Year my readers! {This post predated after the events of course.} 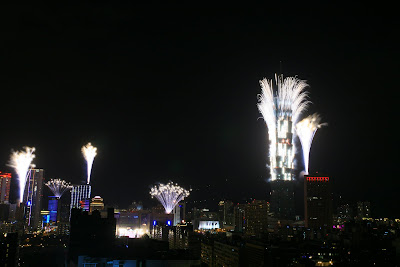 Email ThisBlogThis!Share to TwitterShare to FacebookShare to Pinterest
Labels: 101