This entry is for the entire week. My friend's cousin is coming in for the week and she wants to see Taipei. But unfortunately my friend has classes. So being unemployed, as well as out of school, I had the advantage of plenty of time. Of course I can show her around! I wouldn't pass up exploring Taipei! Although I have visited most of the places already, I didn't mind seeing it again. Who knows, perhaps there was something I missed the first time around. But I will skip through the details to avoid repeating what I may have already said in previous blog entries. Enjoy! 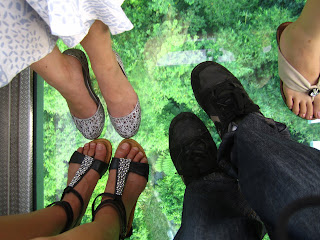 Pictures of our feet on the crystal floored gondola at Maokong. Since we went on a weekday afternoon, it was pretty empty there. We still had to wait in line, but only 5 minutes. 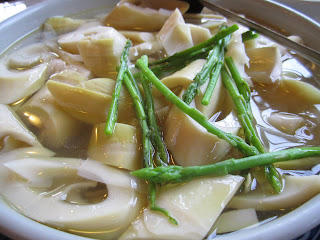 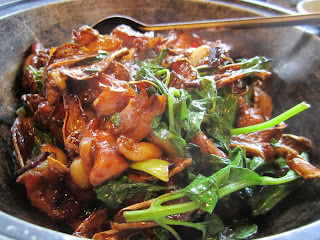 As usual, I always order the bamboo in tea oil dish. We also ordered this dish. I'm not sure what it is, I think KungPao chicken (宮保雞丁) or ginger chicken. It came in a clay pot and was absolutely delicious. Super strong in flavor and sizzling hot! 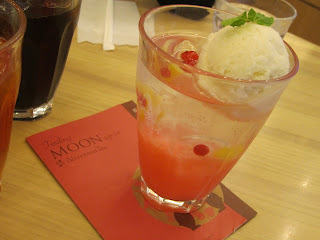 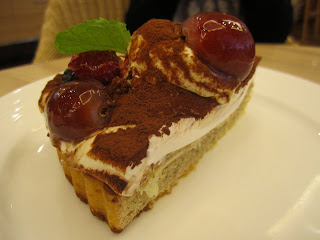 The following day we went to Afternoon Tea at old Sogo. The cakes and drinks were great there! I avoided this place before, because it's a little bit pricey. So since we'll be eating here, I ordered the fruity drink because it was the prettiest...i mean photogenic drink to take a picture of. The cakes were killer too. 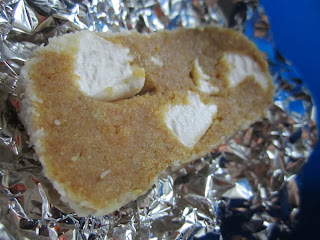 The best for last. My friend's cousin made some home made lolly cakes and brought it with her on the plane ride over here. I'll refer to the Wiki definition if you don't know what it is. "A lolly cake or lolly log is a New Zealand cake which features "lollies" in the ingredients; in New Zealand English, "lolly" is a piece of candy.
The traditional lollies used are Fruit Puffs which are like firm, slightly chewy marshmallows and are obviously fruity. Malt biscuits and coconut are also used and other ingredients can be added or substituted. This is very similar to fifteens."
Posted by B Huang at 4:44 PM