Waffles are better at Melange Cafe 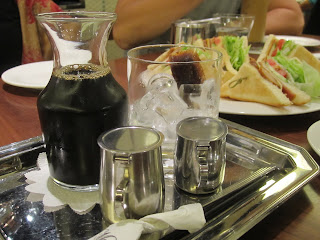 My friend wanted to head out to a coffee shop after dinner tonight. So I brought her to Melange Cafe. She was talking about Coffee Alley, but from my experiences there, it was less than satisfying. Arriving at Melange Cafe, it immediately looked better than Coffee Alley. Less cramped, no narrow steep stairways to walk up and no one and a half hour wait. Melange even has a cool large drip coffee maker. I don't know how to describe it. It's a bunch of giant glass balls stacked and connected to each other like a chemist lab. Also, the bathrooms are through the curtains in the back of the restaurant. You'll have to guess approximately where the door is because there's no indicator. Anyways, on to the food. The waffles were more thinner, which is a good thing. Coffee Alley's waffle was too thick and doughy. And the coffee at Melange is far more superior. Maybe the person at Coffee Alley that made my coffee was having an off day. I tried the drip coffee as recommended by one of my Taiwanese friends. She said it's their specialty and shouldn't be overlooked. The one cool thing about it, is that they include an extra ice cube of espresso. 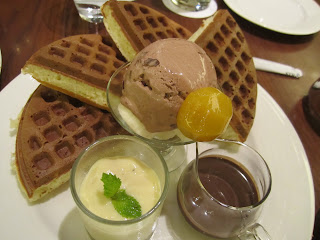 So when the ice melts, it doesn't dilute your coffee. Genius! We all ordered some different dishes and tasted each others desserts. I have to say the desserts are all well crafted. Not too sweet and not too unbalanced with the flavor. They usually include the caramel, sugar or chocolate in a separate miniature pitcher, so you can add more if you want. One bad thing I have to say is, the waffles come a little naked (void of sauce). The presentation could use some work. Pricing is around $150-300. So with a coffee and a snack, you're looking around $350. I'd definitely come back here again when I'm in the area. 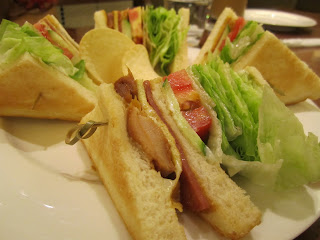