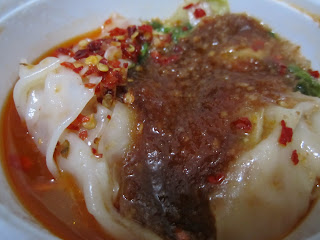 I'm going to make this short. Woke up, went to the Taipei Train Station food court (second level). The giant old building not the underground metro mall. Then headed over to the building across the way for Taipei Storyland, which was the main purpose of traveling there. Guess what? Taipei Storyland is permanently closed. It's now a World Gym fitness center. I'm really really sad that i procrastinated on this. I really missed out. It WAS "a nostalgic recreation of a yesteryear town, replete with shops, restaurants, a museum and more that take you back to the Taiwan of the 1960s". So disappointed, we headed to the Y13 market (Y13 exit outside). It's a street full of bulk sales stores for bags, gifts, containers. Basically for business that need to buy bulk product packaging. They also have a small street of food stalls and 1 very special gift shop called "beautiful gifts" (i think). Kinda generic, but it's like a cheap Spencer's Gifts in the states. It's special to me because it's the only place that sells knockoff camera lens mugs. If you don't know what that is, google "camera lens mug" and you'll know. I bought a Canon 70-200 F2.8 camera mug with functional buttons for $500 NTD. Afterwards I headed to Guanghua digital department store (光華商場). It's a six-story, indoor technological and electronics market. Across the street is old Guanghua where there are now many food stalls. We had some red oil dumplings (紅油水餃) among many other fried delicacies. I also found a shop at the end of a street selling old cameras (nikon, canon and Leitz) and oddly enough, Series 1 androids miniatures (the phone OS). There was also an underground antiques plaza but it was closed. Sneaking a peak it seems to be all high dollar vases and large sculptures. Not the antiques i'm interested in. But given the chance, I wouldn't mind giving it a browse through next time. Ok so today's entry didn't end up being short.