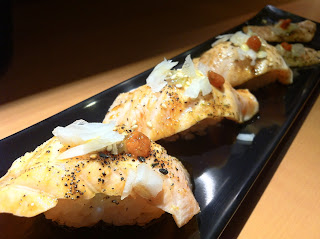 My dear friend, Yuhki (different from Yuki), will be departing from Taiwan soon. So for brunch I joined him at NY Bagel in the Taipei Main station Q Squared mall today. He'll be leaving for Japan this coming Saturday. So we talked and had a nice brunch, possible our last one before he leaves. Yet another fellow student from Shida University MTC leaving :(. After saying our farewells, Yuki (not Yuhki) and I headed to the Huasan Creative Park 1914 because she has never been there. In fact I have never been there during the day. It was bustling with people and most of the stores were open. So this was my first opportunity to explore the book store and gift shops it offered. I really like the gift stores. They have a lot of unique and creative Taiwanese designed gifts. Afterward I headed to the Eslite bookstore on Zhongxiao East Road. They have a jewelry, clothing and gift shops on the basement and 1st floor. 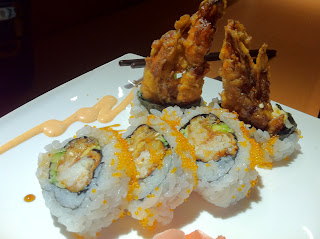 The second floor was the books. Pretty big, but not nearly as large as the Xinyi district one I visited yesterday. Yuki and I just went there to kill time before heading off to Sumi Sushi for dinner. They opened at 5:30 and we were running early. Sumi Sushi is just south of the S.Y.S Memorial MRT station. The owners are very nice. Not only are they friendly, but they can speak English too. They're Taiwanese but immigrated back to Taiwan from Vancouver, Canada. This place has some great Maki rolls and they're glad to recommend a roll or two for you. They even have a $1000 NT option to create a set menu for you with only the sushi you like. It was a little expensive for me on a student budget at the moment, so I passed. 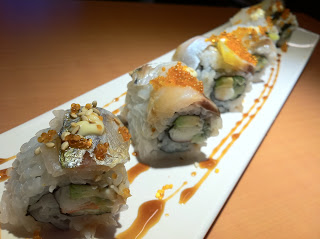 I stuck with a la cart. We had a braised salmon special, spider roll, Hokkaido raw scallop special and a special California roll. Yes, california roll. Yuki likes it because they don't have that in Japan, so it's a foreign oddity. A Japanese person that likes California rolls, go figure LOL? But this California roll was custom for us. I like Herring Roe and she likes California roll. So he combined the two, so awesome! How many sushi places do that? On the flip side though, the place was a bit tiny though. Maximum of approximately ~14 patrons. But that sort of makes for a more comfortable and quaint environment. No other patrons came in while we were there, probably because it was an early dinner, making it a nice private affair. I'll definitely try to make it out there again, and maybe try the $1000 set. Tomorrow, i'm heading to Tainan, there will be a lot to blog about there! 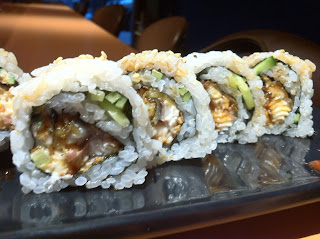